Darkside Down Under Give Away 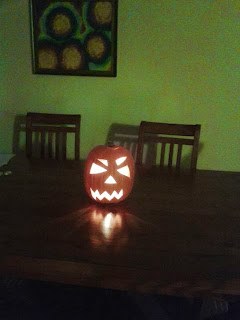 I am a member of the Dark Side Down Under Blog, and to celebrate Halloween we're doing a massive giveaway! To enter just follow the rafflecopter instructions!
a Rafflecopter giveaway
Posted by Nicola E. Sheridan at 9:08 PM No comments:

Magic in the mundane

I am a paranormal romance writer, so I dabble in a fair bit of magic. Yet, it is not the literal kind of magic I’m talking about today, because all writers dabble in a kind of magic -the magic of making the mundane in something readable and engaging.


So much of writing involves descriptions of the potentially very boring. From a description of a house or someone’s paisley carpet to the drudgery of walking down a shopping aisle – it is important to build the scene for your characters, the magic is making what is ordinary still interesting to read.


Showing and not telling is mantra often repeated by writers, but how is it done? Let me show you…
I am currently sitting in a large draughty gymnasium on a Saturday afternoon, whilst my child does sport. This gymnasium is a pretty worn, bog standard suburban community centre.


There, I’ve “described” it at least superficially, and you’ve probably got a little bit of a picture in your mind, but… there’s no magic in that is there? Not really.
To really take a reader into the scene, you need to consider three things;
1. What it looks like – lighting, structure, surfaces.
2. What it smells like – this is so often neglected by authors, but really packs a punch when used well!

3. What it feels like: this is important both physically (temperature etc) and emotionally.
Details of the mundane however, should never be dumped in a single paragraph – that would be boring. The reader should ideally discover these things as the character does. A character noticing the scratched wooden floor, or the smell of something nasty in the air as she passes will quickly pique a reader’s interest.


So here is a gymnasium scene:


She sat on the hard pine bench, the bones in her butt beginning to throb
Damn, it was cold.
The bleak fluroescent lighting of the gymnasium made her eyes water, and not a soul graced the scratched parquetry basketball courts – at least not a soul she could see, anyway.


She wanted to leave. She wanted to go home, but she couldn’t. So she’d just have to patient and breathe the faint unsanitary stink of old sweat and feet left by the countless sportmen over the years a little bit longer. Yes, she would wait, wait until it was over… 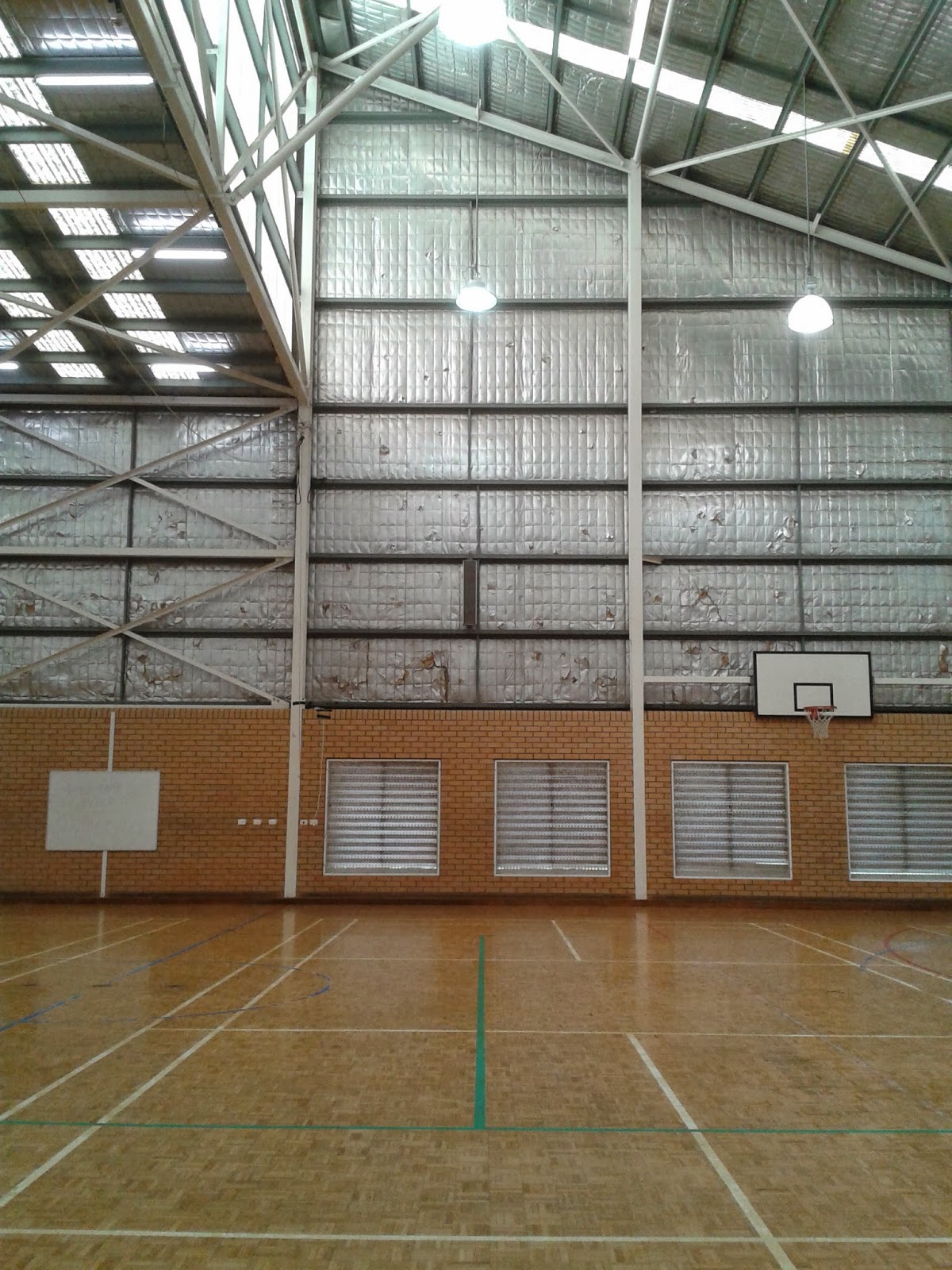 And that is how the writer can put magic into a dull, boring scene to bring it to life!
Have a fabulous Sunday!
Posted by Nicola E. Sheridan at 6:14 PM No comments:

I get asked these two question all the time.
'Where do you get the ideas?'
'How do you start these stories?'
...
Allow me to explain how the initial creative process works for me....


Where do I get the ideas?

Basically, everywhere and anywhere, but there are two main ways I get ideas for stories.

This is kind of hard to describe, but I often go to a place and get a "feeling" about it.  I travel a lot, and sometimes when I'm passing through a worn, empty, dry  outback Australian town I get a sad feeling about the place, and I think about all the things that may have been there, eg: it might have been a vibrant growing community once, but now is run-down; home only to a few die-hards who have no where else to go, or don't want to leave. Remembering how places and situations felt emotionally, is powerful fodder for a book.

Another example of this was when I was down in Margaret River. This area is an increasingly trendy place to be, with surf competitions, wineries, breweries, vineyards, forests.... It really is quite a lovely place to visit. Yet allow me to recall a particular scene that has long fascinated my writing mind. My family and I were having an uber expensive coffee at a trendy café. This café appeared to be run solely by teenagers who seemed to care more for conversing with each other than the coffees they were supposed to be brewing... Anyway, as we sat there drinking our luke-warm coffee, a woman  walked in. She was dressed in black and white striped tights with black shiny boots, a green tunic with a black belt cinched around her waist and shocking orange dyed hair. As I attempted to discretely observe her, I heard my husband mutter; "If we do not leave this café now, I'm going to grab that leprechaun and find out where she keeps her gold...."
Obviously he was joking, but I nearly spilt my coffee laughing. She did indeed look like a leprechaun - and it shows just how much living with paranormal writer has affected my husband! However, the situation got me thinking about how ridiculous the 'trendiness' was getting in the area. I looked at the leprechaun lady, she no doubt thought she looked fab-oh!  But really she looked quite bizarre.  The feeling and thoughts that this strange scene evoked however were very inspiring. The dichotomy between reality and individual perception is fascinating.  It then becomes something of muse, as I am able to think about where I could place that kind of plurality in a book.


So, how do I start the story?

I am perhaps unusual in that I find it incredibly easy to start stories, I actually have 9 stories that are on hold at the moment, and I could start countless more if I let myself... It's choosing which one to finish that is the problem.
I start with imagining my main character (male or female)
Then I think about what would be one of the worst things that could happen to them. Then I consider what would have happened to them to find themselves in that situation.

For example;
I have just opened my 'Mythical Creatures Bible' by Brenda Rosen to the page entitled Vila. 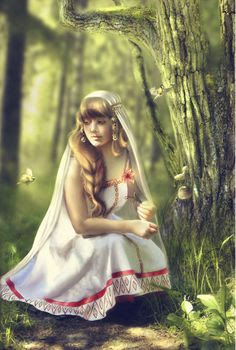 A Vila is a nature spirit / fairy hailing from Eastern Europe. They are very beautiful, live in the forest, great healers, but incredibly vengeful against humans who harm them.
It then takes me all of two seconds to create a heroine.

Name: Beata (nice Polish name)
Worst thing that could happen: She's in a terrible accident, has a horrible facial injury and is no longer beautiful and due to the nature of her accident is unable to heal herself and is scarred for life. Who would ever love a Vila so disfigured? This might call for a little vengeance and salvation from guess who? Your sexy hero of course! (who also has a few demons of his own)!

From this idea, I can then write the first paragraph.

Her eyes were heavy as she struggled to focus, but the world appeared white and gauzy. Her eyelashes brushed against material pressed close against her face, obscuring the world from sight. Unfamiliar voices sounded around her, they seemed distant and muffled.
What the hell?
Beata's throat tightened, panic made her heart lurch.
Where am I?
Her hands flew to her face, trying to remove the cloth that blinded her, but found her hands swiftly captured by others.
'Miss Myszka, please stop.'
The sound of her own name made her freeze.
'Where am I?' she asked.
There was a long hesitation, 'You're in hospital, there has been an accident.'

Posted by Nicola E. Sheridan at 2:30 AM No comments:

Email ThisBlogThis!Share to TwitterShare to FacebookShare to Pinterest
Labels: how to write a story, writing craft

manspiration; /mæn-spəreʃən/ noun (abstract);
I'm frequently manspired, all too frequently in fact, but I don't like to complain ;P

I've just watched the first series of Hell On Wheels, and have found freshly myself manspired by the rather grittily handsome Anson Mount.


Here's a little clip from youtube to show you what I mean...


Yes, on the outset his does appear to be a drunk, murdering, self-pitying, reprobate... but there is one other resounding feature. He is gorgeous, he is ripped, and aside from the (sometimes) corny one liners he has a certain je nais se quoi that flatly floats my little writers boat.

When watching a show I spend a great deal of time watching the actors carefully in their interactions with their female colleagues. A quick glance away, a gesture repressed, the tightening of a jaw - Anson Mount does those beautifully in this series. Plus he has a rather attractive beard. 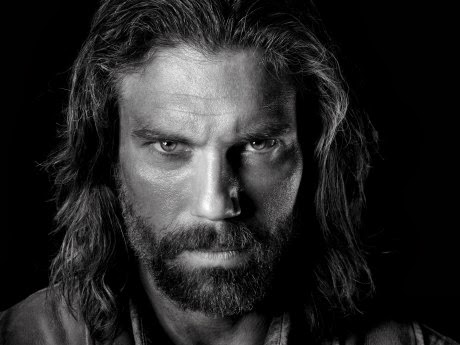 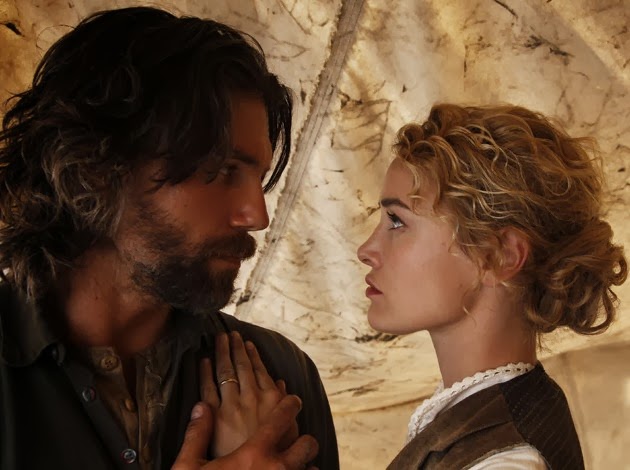 ﻿
Now as I'm totally on a roll about Hell on Wheels, I feel I should mention that there are a few other delectable men on the show... Namely Common and Eddie Spears.... a veritable banquet one could say...


I have long been fascinated with this era in American history, I used to read romances set in this era rapaciously as a late-teen. So it's little wonder that I'm loving the discovery shows such as Hell on Wheels, Deadwood and the like.

I don't think I'll be setting a book in America anytime soon, but it's all food for muse and you never know... one day...