The Anti-hero and the rise and fall of heroic virtues! 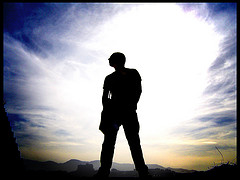 My ever faithful Collins Concise Dictionary (2001) defines the antihero as "a central character in a novel/play/etc who lacks the traditional heroic virtues."

I have noticed a rise in the antihero in recent years, characters such as Hellboy, Dexter, Le Stat and many more, are all non-conventional "heroes". Their behaviour ultimately is for good, but aspects of their personality and behaviour are definitely far from the realms of 'heroic virtue'.

Despite all this, the antihero must be redeemable (or if not redeemable at the very least likeable!) He should not do anything so heinous as to be unable to restore the readers faith in him. This is where ulterior motives are important. Those bad things your antihero says/does - need to have a good ulterior motive behind them. A traumatic childhood, a painfully failed relationship that has bittered his personality can be good reasons too. Oftentimes however, the antihero is simply forced to do bad things by someone else - but the reader and other characters are almost always unaware of these reasons. The true reason for the antihero's anti-heroic behaviours is usually revealed at another time.

Why exactly the antihero has become so popular is a bit of a mystery to me - perhaps it has something to do with the global climate of suspicion and scepticism that has brought rise to these flawed heroes. I don't know. Either way, the Antihero is not only fun to write, but great to read. A good hero with antihero tendencies is intriguing and will keep the reader turning pages, guessing and predicting until the very end!
Posted by Nicola E. Sheridan at 10:47 PM No comments:

So, I was seriously nervous about getting my cover-art. Having spent some time really looking at other covers for various books, I realised that a good cover is truly an art form.

Being a book about a Genie, I was envisioning a hairy man in a fez and bolero jacket with a greasy smirk on his face... However, my cover artist Dawne` Dominique has surpassed my greatest expectations. The cover is lovely and I am absolutely thrilled.

I'm feeling energised and excited again - which is how it should be I think. Not a Fez or bolero in sight! 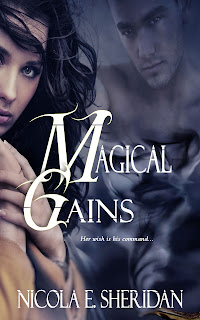 Searching for a HellCat! 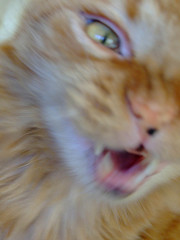 [image courtesty: Flickr, Creative Commons, greenmelinda]
So, I've been looking for a new mythical beast to throw into my latest book. I have long toyed with the idea of using the Cockatrice - but the name amongst other things puts me off somewhat. My faithful Collins Concise Dictionary (2001) defines the creature as "a legendary monster part snake and part cock - that could kill with a glance." I just bet it could! Haha! Seriously, it's a wonderful mythological creature but alas, not exactly what I am looking for.
So, what creature? I need something beastly but not with human intelligence. It needs to be animalistic and primal. I also need something that I haven't read in any other paranormal story...  The list of useful beasts is shrinking. I could use some bizarre foreign mythological beasts, but many of those without human intelligence are benevolent and kind and I want something nasty. So...what about a Hellcat?

From what I've read (and it's remarkably little), Hellcats' seem to be  modern mythological creatures, used in Fantasy Gaming and that kind of thing. It's possible that they were created to be the opposite of Hellhounds, (if you've got a hellhound, you've got to have a hellcat, right?)

Hell hounds are generally devilishly large black dogs with glowing red eyes and are an omen of death. If you look up Wikipedia, you'll find that many countries have their own version. I do like the Hellhound as an interesting mythological beast, but some of my favourite authors have already used them. Laurell K. Hamilton in her Merry Gentry Series, and also JK Rowling. Remember Sirius Black from Harry Potter? His animal form was a big black dog, and they all thought he was a Grim or Hell Hound. It's interesting to note that the name Sirius, is actually the name of the Goddess Diana's head hunting dog  (she had a whole pack of them, there is even a constellation with the name) - you've got to love JK Rowlings cleverness!
Anyway, I digress!
I like cats. I even have one. The clash of super soft coat and intensely sharp claws is bizarre and conflicting. They are also intelligent, but without mercy. I love their unpredictability. One minute they are so snuggly and gorgeous and the next they are fuzzed up like a baby stegasaurous and racing round the house, yowling like a demented baboon. (Or maybe that's just my cat!?) The Hellcat in my opinion would personify that insane aspect of the feline personality - its incomprehensibility.
So here's to the re-birth of the Hellcat - (not the Cheerleading group, or the aeroplane), but the real deal. Big mean and nasty, with eyes that reflect the very fires of hell.