It is with much excitement that I am announcing, finally, a new book coming out in November.
Previously known as "Big Girl", the re-worked title is "The Magician's Keeper"

In a world where people judge one another by exacting standards of size and style, being a big girl like Eudora Splat was never going to be easy.
Though trouble is brewing between magic folk and human purists who would see them all destroyed, Dora, a half-giant, tries to eke out a quiet, unnoticed life for herself, but it’s hard to be subtle when you’re over seven feet tall.
Losing her job as a gardener due to human complaints, Dora is recruited  as a prison guard, where she’s enlisted to protect the magician Evander “Bear” Gordon from human purist attack. Bear encourages her to embrace her power and celebrate her heritage, introducing her to a world where she can be extraordinary and not just weird.
But after years of hiding and shying away, can Dora find the strength to grab onto a new life – and hold on to the man she’s falling in love with?

This one has been a long time coming, so I'm really pleased to be releasing it with Harlequin's Escape publishing. I'll keep you posted!
Have a magic week.

Posted by Nicola E. Sheridan at 4:40 AM No comments: 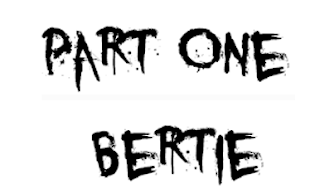 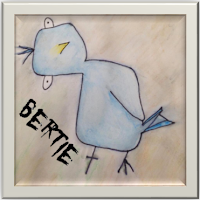 I was never a popular kid. Even growing up in a small country town with kids I’d known since I was old enough to crawl. I had no friends. They’d always said I was weird. Was it my red hair? The millions of freckles that threatened to join together and make me the only tanned ginger in the world? Maybe my obsession with Star Trek? No, more likely it was because I saw dead people. Not in the cute little blonde kid whispering that he sees dead people way either, more in the gangly pubescent ginger guy telling blank air in the school yard to leave me alone kind of way. I cringe thinking about it now. I really should just have ignored them; maybe tell people I was playing a game. I didn’t though, and my weird outbursts had a lasting effect on my social life. No one ever wanted to come over to my place to hang out, and I never got invited to go to anyone else’s either. Parties? You can forget about them too. No one wants a crazy guy at their party. In a small town where entertainment is at a premium, that’s a real slap in the face. It didn’t help that my mum and dad were simply too busy with the property to notice either. We had cattle and canola farm. They were busy. I get it. They put my lack of friends down to their own busy farmerly schedules, and they felt guilty, heh, they probably still do.


So, I did what I’d always done, chatted to dead people and watched DVD’s of Star Trek.  I was ok with my lot. It wasn’t until Bertie died that shit hit the fan. Literally.


Bertie was my blue budgerigar. My parents bought him when I was six, because they thought they worked too much and I must be lonely. I wasn’t, but it’s all about perception. I was perfectly OK with my own company and that of the occasional transient ghost. Still, that little bird became my best friend through the long lazy hot summer holidays, chilly winter evenings and the endless weekends of my childhood. He was just about as tame as a budgie could get. Rarely in his cage, he’d fly around the house, crapping and chirping merrily. When I had breakfast, Bertie would chew on my toast. When had my shower, he’d sit on the shower rail, occasionally flittering into the water for a little bath himself. When I got older and my parents bought me a PlayStation, Bertie would sit on my shoulder and watch me play, chattering happily all the time. I loved that bird more than I loved anything else. So, when I was fourteen and he flew into a glass window  and broke his neck, I was devastated. I was more devastated than I’d ever been in my life. Nothing else mattered. Bertie was dead.


I buried him in the garden bed, the same day. I lay his broken little body on a bed of daisies and dahlia’s that I’d picked from the flower bed. I cried while my mother and father hovered nearby muttering concernedly to themselves. I stared at his vibrant blue feathers, his warm yellow beak and felt like my heart would break.


Eventually Dad said I should cover him up. I hadn’t realised how long I’d sat beside that tiny grave. It must have been hours as the summer day dragged into a balmy evening. Mosquitoes were already buzzing around my exposed arms and legs. I swallowed, whispered a final goodbye and gently pushed the dirt to cover him.


I don’t remember much after Dad wrapped me in his big arms and guided me inside. What I do remember is waking up the next morning, to a sick coughing chirp.


My eyes sprung open at the unfamiliar sound. I stared at the ceiling for a second, memories of Bertie’s death and burial punctuating my thoughts like a nail gun.


The chirp sounded dry and scratchy. I glanced towards my window. It was open, and the fly screen was torn. I frowned.


“Chirrup?” My heart gave a little hammer as I realised the sound was coming from closer than the window. It sounded like Bertie, but different.


That was impossible, right?


Slowly I turned my head towards my bottom bedpost.


My heart filled with joy, and thumped with excitement.


His head was still twisted slightly left and up, a beady eye staring benevolently down at me. Vibrant blue feathers were coated with dirt.


I gave a startled cry and lurched up.


It was Bertie all right, but Bertie with a broken neck.


Bertie took my cry as a greeting and fluttered from the bedpost towards me. Clearly, he couldn’t see well and hit my cheek with a sandy thump as he missed my shoulder entirely.


He fell down into my lap feathers akimbo.


There was a clatter of heavy footfall down the corridor and my bedroom door exploded open.


“Cory?” my mum cried. Then stopped when she saw the dishevelled bundle of feathers on my bed covers.


“You can see him?” I cried when her eyes widened and her mouth dropped open.


It was crazy, it was impossible, it was a miracle!


Mum didn’t seem to be able to find words, her mouth moved mechanically but no sound came. The world had turned upside down, it was mad, nothing like this had ever happened to me before.


She eventually found her tongue again. “Did you dig him up?” She asked sharply.


Did she really think I’d do that?


“No, I just woke up and he was here.” I snapped, gesturing to the filthy little parrot with the twisted head who was now nuzzling into the collar of my pyjamas sending little showers of sand over my bedclothes.


“But, how?” Mum asked bewildered.


Mum stepped closer, bent down and peered at the budgie. He was nattering happily to himself in that strange dry way.


“Maybe we should take him to the vet,” she said her eyes widening as she re-registered his twisted neck.


I reached up and gathered him into my hand, he chuntered happily. “Mum, I don’t think he’s…he’s… alive.” I said after a minute. “I think he’s come from the dead… but not... quite right. Once in this Star Trek episode, they...”


My mother’s brow furrowed above her tired, deep set eyes. “Cory...” She interrupted as I tried to tell her about the Star Trek ideology of dualism. She wasn’t listening, so I fell silent and looked down into Bertie’s little face. His eyes weren’t the shiny black jewels they used to be. They were crusted with sand, dull, and as dry and scratchy as his chirp.


At least he was back. What did it matter if he was a little rougher than before?


“You know how you used to always talk to your imaginary friends as a child?”


I felt my cheeks redden.


Where was this conversation heading?


I’d never told my parents about the ghosts, and as I’d hit puberty, I’d found fewer seemed to bother me. Maybe ghosts didn’t like to follow teenage boys. I can’t imagine why.


“Were they really imaginary, or were...”


My heart skipped a beat.


“Were they what?” My voice sounded tight even to my own ears.


“Ghosts?” She asked her own hollow cheeks turning red.


I stared at her.


She was asking me this now? When my budgie appeared to have returned to from the dead?


After all these years of an apparent lack of interest in my ‘imaginary’ games why the sudden interest?


“It’s important, Cory, have you seen ghosts?” Her eyes dropped to Bertie who was attempting to preen himself, and failing because his neck couldn’t move that way anymore.


“Mum...” I found myself not wanting to tell her. Not wanting to admit that her suspicion was true. “What does it matter?”


“You know your Aunt Ivy?” she asked.


“Yeah,” I said. Aunty Ivy was one creepy lady. She was my mum’s sister, though we only ever saw her at family gatherings up in the city. She was tall, thin with deep auburn red hair that never seemed to grey like my mum’s. She had a way of looking at you as if she could see into your very soul.


It was at that moment, a whole lot of weird things seemed to slot into place. The word itself resonated in my very bones. It seemed Bertie could sense it too. He stilled and cocked his eye at my mum.


All my life I’d thought my family was about as magical as a walnut. We were farmers, we lived on a farming land where you didn’t see any magical creatures, and those that you did, you pretty much wished you hadn’t.. I went to school in a small town where the most mysterious thing was what colour scrunchy Mrs Hartford was going to wear each day.


I stared down at Bertie.


Had I? I couldn’t really remember details of the sad hours I’d spent over Bertie little grave. Maybe I’d wished he wasn’t dead. Maybe I’d hoped that I’d wake up in the morning and he’d be back. Chirping on my bed post.


Chirping on my bed post. That’s exactly where he’d been when I woke.


I didn’t need to answer her. She knew.


“I’d better call Ivy,” Mum said, and moved to stand, “before this gets any worse.”


I didn’t really think it could get any worse, then again, when Bertie followed me to school the next day I realised just how mistaken I was.

I hope you liked Part One of Gory Richards, Necromancer Nerd.
Part Two will be posted 23rd July 2017
Posted by Nicola E. Sheridan at 7:00 AM No comments: