Latest Muses - from weather to film.

I am regularly afflicted by muses.
Something strikes me, and I become fascinated and inspired by it, often I find the muse can distract me completely from my writing all together!


Weather as a muse
We are in the depths of winter here in Perth, though by other people's standards it's hardly cold. It's cold enough for me though.
However, along the coast here it is very windy and perfect writing weather.

This is a photo (not my photo) taken of a jetty not far from my house last winter. As you can see  we do get some crazy wind here and snuggling in my office and writing (or cruising the net) is magic when it's like this.
I often find when I'm writing, the weather I'm experiencing at home is often what I write about in my novels... For example, the latest scene I've written in my WIP "The Sworn Virgin", is a wintery one, because as I stare out of my window at the lashing rain and gale-force winds, I find myself almost without realising it, setting my scene in it.
*sneaky excerpt*
...he hit the ground with a painful thud and fell to his knees. Rain lashed him with icy cutting droplets.  The wind roared like vacuum around his head, making his clothes flap wetly around him and his hair flatten against his brow.
Quelling his rolling belly, Marco peeled an eyelid open and winced as frozen rain stung his face...
See what I mean? Weather is a muse without me even knowing it, and now you know the hero's name in my latest WIP - Marco...


Film and Literature as a Muse
For some time (particularly since finishing the books) I've been been inspired by the relationship between Jaime Lannister and Brienne of Tarth from the George R R Martin's series Song of Fire and Ice.


I totally love the character of Brienne of Tarth in George R R Martin's books (portrayed amazingly well by the super-awesome-let-me-go-all-fan-girl Gwendoline Christie in HBO's Game of Thrones series). Her strength as a female kick-ass character is awesome, but there is also a vulnerability about her which I absolutely adore. I also really love the development of Jaime and Brienne's friendship, it's been beautifully done. 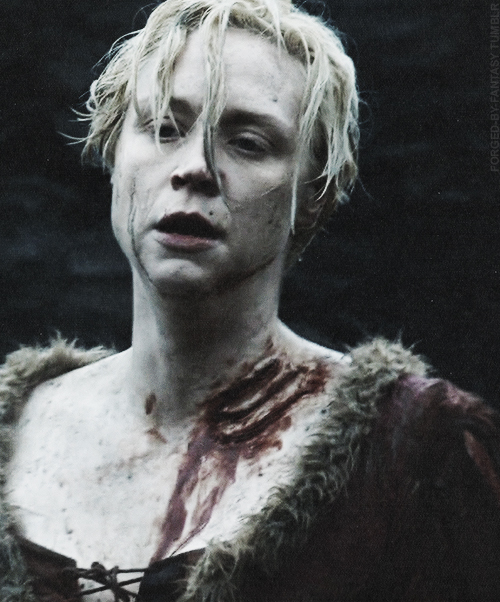 Brienne is awesome.
The other show I've really been enjoying watching is "Strike Back", I've enjoyed it so much, I've just ordered the next two in the series.
'Strike Back' is a very exciting, contemporary action / suspense / military drama (which is totally out of my usual genre) and though I must admit though there are a number of 'bum and boob' shots for the bloke fans, there's sculpted torsos and biceps a plenty for the ladies too, namely from Stonebridge (Philip Winchester) phwaw. 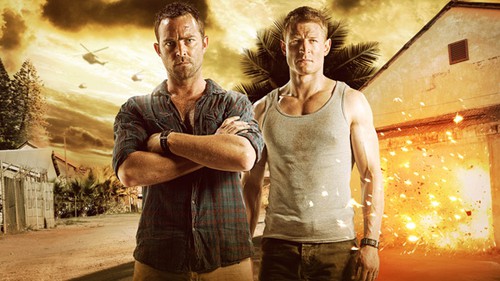 Now, I want you to understand that contrary to popular belief, it is not just the manspiration factor that intrigued me about 'Strike Back' (though undoubtedly the rock hard abs and witty banter of the gents played a part.) It was in fact the presence of another truly awesome female kick-ass character, and that is Colonel Eleanor Grant (portrayed fabulously by actor Amanda Mealing). 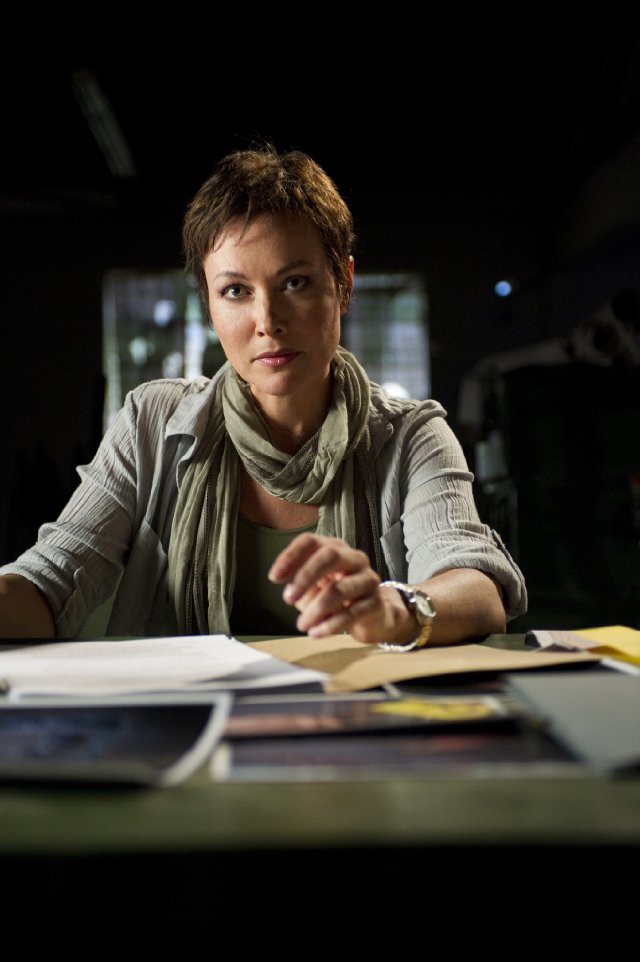 Colonel Grant is a seriously hard lady, she's even got short hair to prove it. She is as ruthless as any of her soldiers if not more so, and very brave and utterly stoic. Unlike Brienne of Tarth, however Colonel Grant doesn't let her vulnerability show (or the writers of the show don't let her) until right at the bitter end... seriously awesome character! It's worth watching the show just for her! I love it that Strike Back had a powerful 45 year old female character! She rocks...
Anyway, the storm has not abated, and I'm going to write some more on my WIP.
Have a lovely weekend.

Email ThisBlogThis!Share to TwitterShare to FacebookShare to Pinterest
Labels: Brienne of Tarth, Game of Thrones, Jaime Lannister, muse, Scott and Stonebridge, Strike Back

A Warlord's Lady - your questions answered.


Despite 5 title changes, A Warlord's Lady is officially due for release 1st November 2013 through Harlequin's Escape Publishing.


I can't wait to see the cover!

Today I'm answering some questions about the book, and offering another sneaky peek!

Why did I choose to base this novel in Laos?
There were several reasons this story is based around Laos.
1. I love exploring different countries, particularly in Southeast Asia, which is so close to Australia. Laos was one of those nations so infrequently mentioned in the news, in books or anywhere. That alone spiked my interest.
2. I wanted my hero to be the complete opposite of my heroine. I wanted him to be from a place and culture she completely did not know or understand.
Where is Laos? 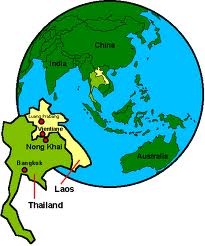 Laos is a landlocked nation sandwiched in between Thailand and Vietnam in South East Asia.
Laos is most commonly pronounced 'Lao'  similar to the digraph "ou" in loud.
What language is spoken?
The spoken language in Laos is 'Lao' a tonal language. However there are many other ethnic groups within Laos with their own languages. In commerce, French is still often spoken as Laos was French colony until it's official independence in 1949.
What is the official religion?
The official religion of the country is Theravada Buddhism, although there are other animist and spiritualist native religions among the remote hill tribes, and there are small percentage of Christians practicing within Laos as well.
Why a warlord?
The end of WWII left Laos in a state of chaos, and so began their own Civil War (1953-1975). During this time, a number of domains were ruled by warlords. So warlord culture is a known part of Lao history and therefore making my hero one seemed like a natural thing to do.
Cain Dath, the hero in A Warlord's Lady, is a magician Warlord - so he fights against the world governments, for the rights of magical beings...He's cool.
What about this heroine, what is she like?
I adore Sabra! She was a lot of fun to write. On the outside, there is nothing at all remarkable about her, except she's a Chameleon (and you'll find out more about that in the book!)She looks pretty ordinary, the kind of girl you'd smile at as you both pondered which chocolate cookies to buy at the supermarket. She's a little chubby which makes her a little self conscious, but she's got guts when she needs it! Her day job was a payroll clerk at metal fabrication company.
So why on earth would a gorgeous, powerful warlord, ever look at her twice?
You're going to have to wait until November to find out!

Lastly, here is another little sneeky peek! (warning this snippet is totally unedited and may or may not be in the final published version)

I was sitting in a small bar with fellow tourist Maggie, drinking a pineapple cocktail of some description. I’d drunk far too many, and was likely to drink many more. The rest of the tour group had headed back to the hostel for an early night. We were returning to Perth in two days time, but I was determined to make a night of it and thankfully so was Mags. The bar was one of those dodgy-looking local places, but our tour-guide had recommended it as being ‘safe’ and who were we to disagree? The walls were made of bamboo strung tightly together, and the floor was raw looking cement, swept religiously every fifteen minutes. Photos of drunk tourists and locals alike were pinned higgledy piggledy on the walls. Mine was destined to be up there too, they’d taken my photo only moments before. I’d looked flushed, sweaty and not at my best. The Barman, a gorgeous bronzed Laotian had taken it and despite my awkwardness, I’d laughed, strangely flattered and titillated to have some memory of my presence be reflected on the soggy, bamboo walls.
Thus far, holiday had been a wonderful ego boost -  the Laotian men were charming, and a balm to my battered ego. The attention they gave me was nice, something I certainly wouldn’t get in the bars and clubs of my hometown, Rockingham.

In the steamy gloom of the bar, I noticed particularly handsome Laotian man smile at me from a nearby table where he sat with two friends. He had cheekbones that could only be described as chiselled, and dark brown skin, shadowed in all the right places by sexy stubble. His hair curled slightly just above his collar. I felt myself blush. Not a good thing for a Chameleon to do, as I tended to turn a rather unflattering crimson red which seemed to put most guys off. I took a gulp of my cocktail to ward my embarrassment away. Was it just me, or was this drink stronger than the others? I found myself staring googly eyed at the handsome guy again, but thankfully my blush stayed down. He offered me a long lazy wink and raised his glass of beer in a cocky salute. I suddenly became aware of the artistic sculpture of muscles beneath his snug shirt. I really wanted to have a holiday fling. No, actually if I want to be uncouth - I was gagging for a shag.


I hope you enjoyed this look into the steamy world of 'A Warlord's Lady' have a beautiful weekend.

And they've evolved! The Urban myth of the 'ghost motorbike rider' has arisen where the ghostly horsemen have faded into past. 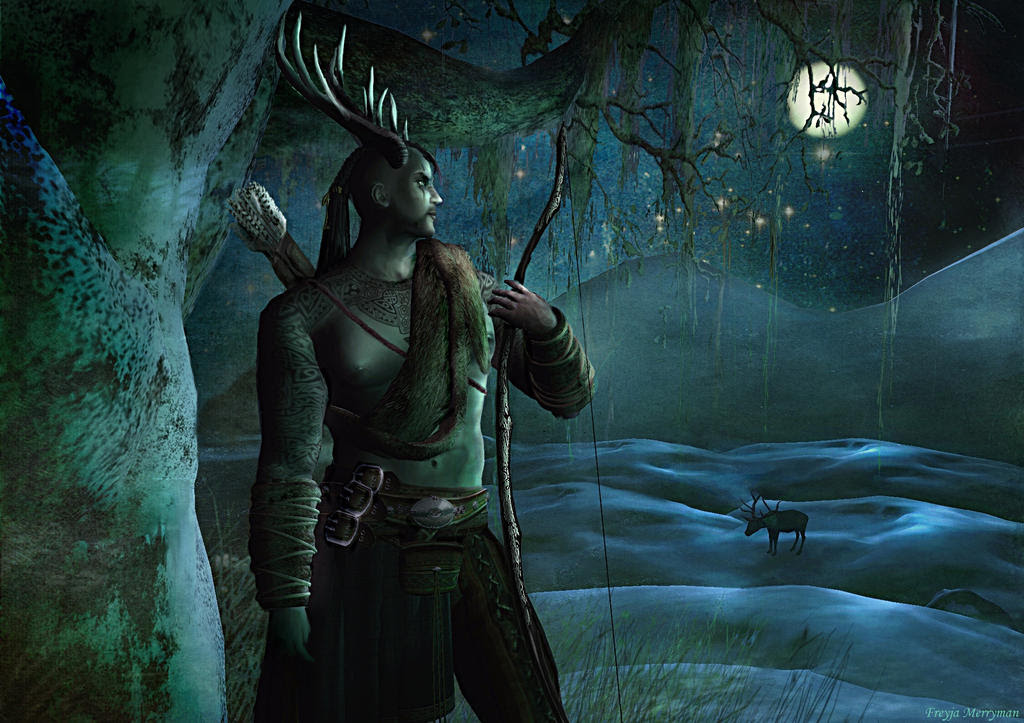 There are a few varying myths surrounding Herne the Hunter, but today I shall focus on only one. Herne was apparently one of King Richard II's (1367 - 1400AD) favourite keepers of Windsor Forest. He excelled at hunting and wood carving. Unfortunately, during a hunt that went terribly wrong, Herne was badly injured protecting the King from being mangled by a stag. A dark shadow appeared and man appeared. Some say he was called Philip Urswick, others state he was a wizard. The wizard offered to save Herne, by somehow using the head of the dead stag.
When Herne recovered, he was granted a promotion from the king, but this made the fellow keepers unhappy. How Herne actually died remains something of a mystery, but he allegedly hung himself from an old oak tree. His reasons for doing this are open for debate, but one theory suggests the stag magic used to save him, had the side effect of him losing his hunting capabilities; which made him depressed. Others say the other keepers conspired to murder him. Regardless, his miserable death had him return to the earthly realm as a spectre with massive stag antlers riding a jet black horse.

Interestingly some have since linked Herne the Hunter with the Celtic mythology of the Green man. 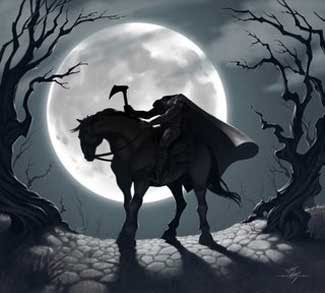 One of America's most famous paranormal figures!
The horror movies of which we are familiar are based on a ghost story, that begins in a place called Sleepy Hollow, near TarryTown, New York.
The ghost story stems from the death of a Hessian soldier (who were hired to suppress the American Revolution). During the battle for Chatterton Hill, October 28, 1776, the headless horseman was one of over 500 soldiers killed. He was apparently killed by decapitation with a canon ball. The soldier was buried in the graveyard. He apparently rises from his uneasy rest and rides about on a horse often a sword in hand. There were for some time after his burial numerous alleged 'sightings' of the spectre. Somehow through fiction, the legend surrounding the ghostly spectre became more of an antagonist ghost who would threaten travellers at night with by chasing on his steed, trying to maim them.

Posted by Nicola E. Sheridan at 2:09 AM No comments: