Today I am counting down the five most hideously terrifying mythological beasts you could possibly imagine. I'm not going go with your standard werewolves and zombies either, these horrifying creatures hail from all corners of the globe so grab a coffee but keep on the light and discover some monsters. 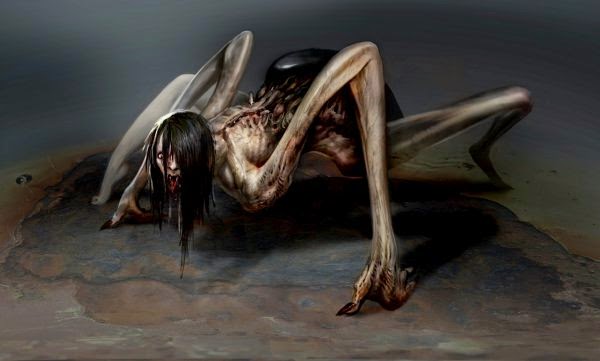 The Aswang hails from the Phillipines and is a demonic flying woman who consumes the flesh, particularly the liver, of both the living and the dead. It also has a particularly gruesome preference for babies. In modern literature the Aswang appears to be a name that covers a large number of Phillippine mythological monsters, including lycanthropes, witches and the self eviscerating Manananggal.

Strictly speaking the Aswang is a shapeshifting monster, who after consuming the individual replaces the corpse with a carved banana tree. During daylight hours the Aswang may take the form of a beautiful woman or old man, often working as a butcher or abbotoire worker, but by night she may turn into something else entirely. When hunting a human, the Aswang may take the form of a pig, or dog. Local legend has it that you can spot an Aswang by looking at them upside down... additionally when an Aswang is in the vicinity, oil in a pot will begin to bubble. It is also said that if you look at your reflection in an Aswang's eye, your reflection will appear crooked.

The Aswang is said to have an abnormally long tongue, useful for sucking out unborn children apparently... sorry. I did warn you these were horrible creatures.... 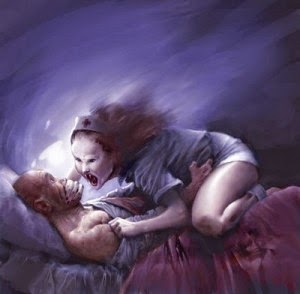 The Phi Am
Hailing from Thailand, the Phi Am is literally the 'widow ghost' whose mission is to destroy the souls of men. She does not attack women. In this sense, she is similar to the medieval mythological succubus and her visits are marked by a weighty sensation on the chest or sleep paralysis. Some myths say that the Phi Am does nothing but cause discomfort, whilst others believe they can kill a man in his sleep by suffocation. Unlike the stereotypical succubus, the Phi Am is not interested in sex. It is alleged that in areas of Northern Thailand, some superstitious men sleep with lipstick on, just to confuse the roaming nocturnal Phi Am into thinking they are a woman and therefore not prey.

It is alleged that the man wakes up and himself paralysed, terrified and unable to defend himself as the Phi Am sets about slowly killing him either by suffocation or soul-extraction. 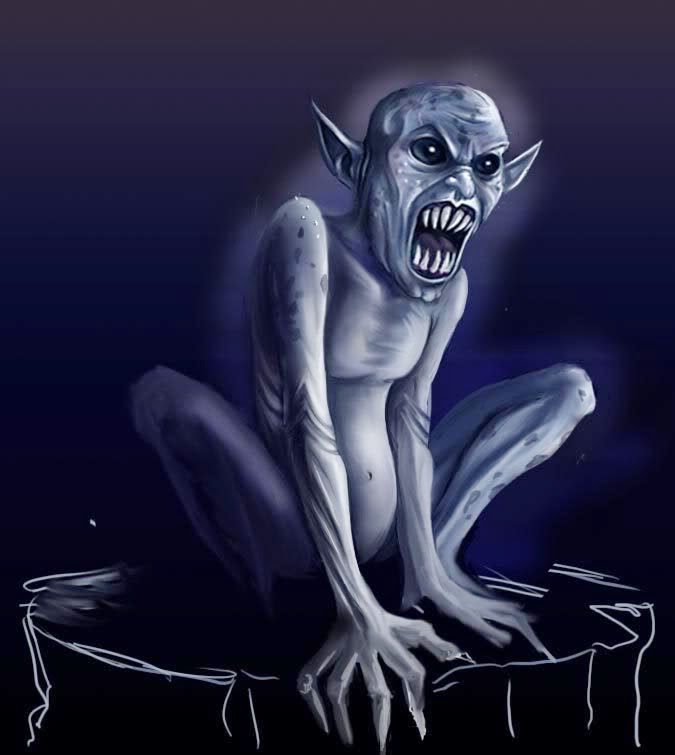 The Drekavac
The Drekavac hails from slavic mythology, the word literally meaning "the screamer" or "yeller" (Serbo-Croatian).

Described as being a terrible beast with muscular kangaroo-like back legs, and the head and body of a dog - the drekavac is said to arise from the soul of a dead unbaptised child -  a very common theme throughout slavic/eastern European mythology. The notion that if an individual dies unbaptised, the soul will return and wreak havoc on Earth - holds particularly true for this mythological monster.

The drekavac allegedly appears most often near a cemetary, sometimes in the form of a creepy looking and malnourished child, begging to be baptised. It gets its name from the awful screams and cries it emits.
The drekavac can and will harm and eat people. Some legends claim the scream alone is an omen of death (like the Banshee) and if the beast's shadow falls upon an individual then that person will die. 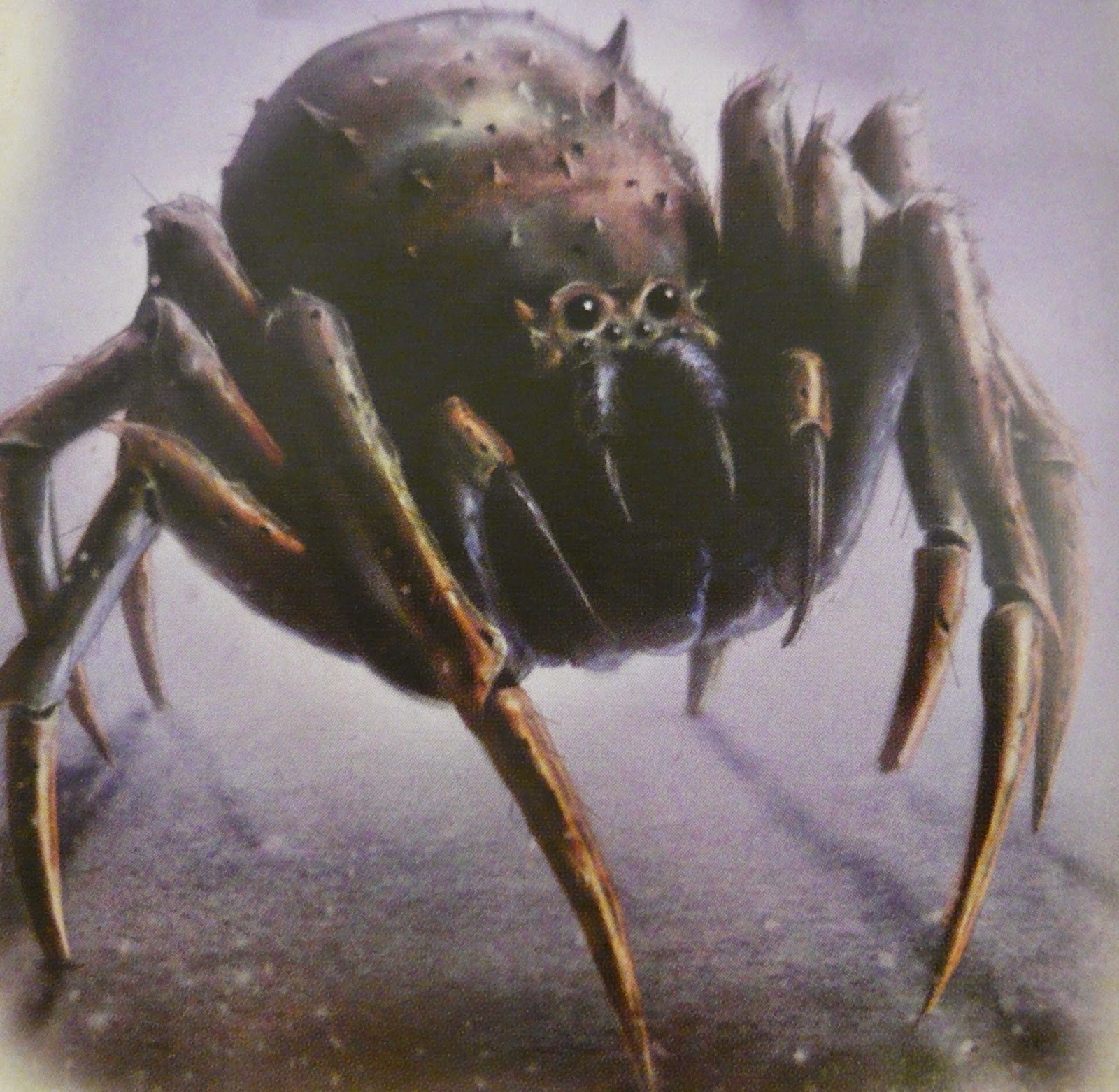 This one is for all the arachnophobes out there...
This is a Japanese shape-shifting demon, who mostly appears in the form of a gigantic hairy spider. It is named after the ōtsuchigumo - dirt or Earth spider, (a type of tarantula). The word tsuchigumo has also been used as a derogatory term to describe bandits or other 'undesirable' people.
The mythological Tsuchigumos however, are beasts adept at spinning illusions to draw victims into their webs, where they then feast like a vampire on the humans blood. As it is an 'Earth' demon, they are unable or unwilling to travel over water.
Tsuchigumos can be male or female and if wounded will bleed white blood. The Tsuchigumo may take the form of a pretty young boy or woman, to lure its victim to its mountain home, where they are wrapped in webs and eventually consumed. 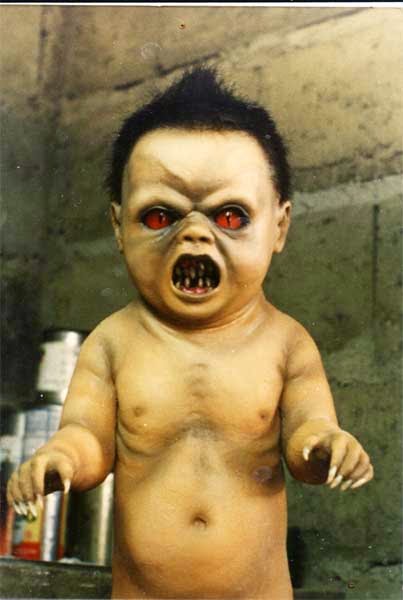 Did you find Chucky from the Child's Play movie disturbing? You haven't met the Tiyanak yet...

The Tiyanak is a monster from Philippines mythology

As legend has it, the Tiyanaks were originally created  when a mother died giving birth. The mother's  soul went into the baby's body, but became corrupted, angry and murderous. As time has passed, Tiyanaks are alleged to have been created by the unbaptized soul of a child seeking vengence against those who didn't baptise it (similar to the Slavic Drekavac). Alternatively they can also be created when a fetus is aborted and its soul wishes to seek vengence on those who caused its death.

The Tiyanak appears in the form of a new born baby, often heard crying inconsolably. It preys on good willed people coming to the baby's aid. When the well meaning rescuer picks up the abandoned child the Tiyanak grows vampiric teeth and claws, then mauls and eventually kills its victim.


So there you have it, 5 Terrible Mythological beasties.
Next time, 5 Funniest Mythological Beasts.
Enjoy your week.