An interesting history of Vampire Hunters...

Many people love the subgenre of vampire romance. I myself have recently found myself re-addicted to it through reading Jeaniene Frost's books 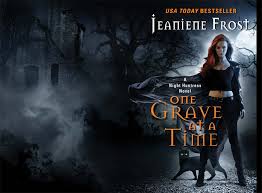 It will come therefore as no surprise that many vampire romances are centred around a vampire hunter. 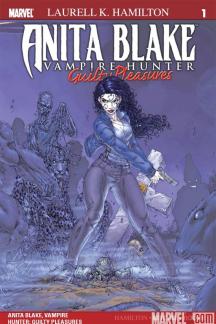 When most people think 'vampire hunter' or 'vampireologist' they'll think Abraham Van Helsing, who originally hails from Bram Stoker's, Dracula (but has been re-incarnated countless times in other media). They might think 'Anita Blake' from Laurell K. Hamilton's series. They might think kick ass, gun's blazing, go-get-em types... But you would be quite wrong.
As you are no  doubt aware, many things in the paranormal genre have a factual base. So it is with the vampire hunter, but the historical vampire hunters were a far cry from to the vampire hunter we envision in film and literature today... 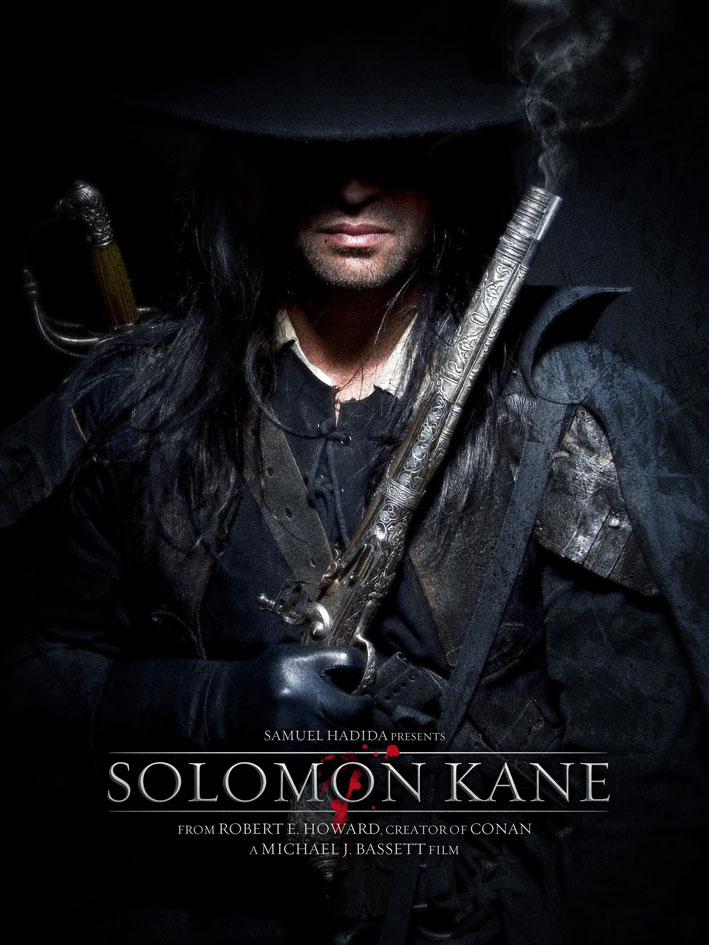 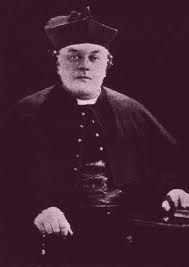 Inspired by Augustin Calmet's 18th Century studies of vampires (a two-volume behemoth tome Treaty on the Apparitions of spirits and Vampires, or ghosts of Hungary, Moravia, & c., published in 1751) Summers wrote several fascinating, and exhaustive texts relating to witches, vampires and werewolves.
~ The History of Witchcraft and Demonology (1926)
~The Vampire: His Kith and Kin (1928)
~The Vampire in Europe (1929)
~ The Werewolf (1933)
He was also the author of the first English translation of the 15th Century witch hunting manual the Malleus Maleficarum (which promoted the inhumane treatment of women suspected of witchery.)
It isn't really necessary to state it, but I will anyway, Montague Summer's was an ardent believer in the subject he studied. He was a known eccentric amongst his peers. He was a self professed 'witch hunter and vampireologist'. He believed most fervently that the belief in the existence of witches was an essential part of the Catholic doctrine.
Suffice to say, Montague Summer's career in the church is as strange as it is controversial. He initially studied Theology with the intent of becoming a priest in the Church of England, and was ordained a deacon. This career was short-lived as rumours abounded about his interest in Satanism, the occult, and his rather unsavoury interest in inappropriate relations with teenage boys.
Not one to let things like that stop him, he converted to Catholicism in 1909, and shortly after began to pass himself off as a Catholic priest - though it appears he was never actually ordained. Some suggest he was not ordained because of his suspected involvement in the Order of Chaeronea...
For those of you  unaware, the Order of Chaeronea  was a secret society for the cultivation of a homosexual, moral, ethical, cultural and spiritual ethos. It was founded by George Cecil Ives  in 1897, who believed that homosexuals would never be accepted by society, and therefore created the Order as a means of  developing a secret community for like minded individuals.
Still, not deterred Summers by his lack of official ordination, he began to dress as a priest in clerical robes. Yet he proceeded to carry a cane, on which the image of a swan Zeus raping Leda was a prominent feature...eccentric indeed.
Despite being a 'witch hunter', it does not appear that Summers actually went out to hunt witches or indeed, vampires. No, his hunting was much more in the literary sense.
He spent his time researching and studying the paranormal phenomena and some suggest he even tried it.
"Despite his cherubic demeanour and affability some people found him sinister, a view he delighted in encouraging. It was always hard to tell how much Summers was putting on a show when in company, particularly in his early life, but he does appear to have been driven by demons, not least of them being those arising from having homosexual tendencies in an intolerant age. And although in everyday life he was kind and considerate, when engaged in academic debate he was furiously intolerant. There were also rumours that in his youth Summers had dabbled in black magic. If true, the only effect seems to have been to turn him completely against such meddling later. He may have been fascinated, even obsessed by witches, vampires and the like but the tone of his writings is consistently hostile towards them." Reference: Unicorngarden
Much of Montague Summers life however, remains a mystery as his correspondences and diaries have been lost in time. He died of a heart attack in 1948. Two years after his death, Summers’ longstanding friend, Hector Stuart-Forbes, joined him in the then unmarked plot in Richmond UK.
Despite the scandals, the eccentricity, the astounding lack of actual 'hunting'; Montegue Summers remains the author of some of the most famous and detailed accounts of vampirism written to date.
So when you next pick up that book about vampire hunters, witch hunters or the like, spare a thought for the real and bizarre vampireologists, who spent their lives researching the lore on which some of our favourite movies and novels are based.

Enjoy your week.﻿
Posted by Nicola E. Sheridan at 9:06 PM No comments:

How much fun did I have?
A lot.

I love attending conferences, I love meeting the editors, the agents and fellow writers (it's always good to talk to other people who think like you do).

It was held in Fremantle (fantastic location for me as it's not a to long drive!) at the Esplanade Hotel.

Interestingly for those who have read my book Mimosa Black, the Esplanade Hotel is opposite the Esplanade park, the pine tree strewn nature reserve that my heroine Mimosa finds herself in one very hot but awkward position! 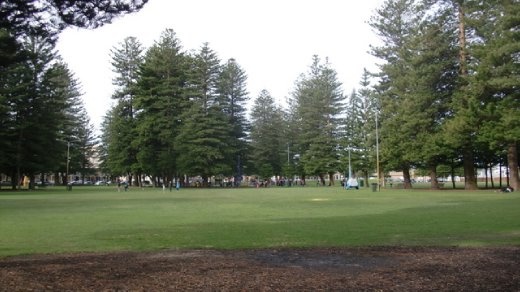 During the weekend I went to some great sessions, but the most fun I had was actually presenting our session 'Beating the Trends in Paranormal Romance". I had so much fun that Shona and I are planning to present together at other conferences...

For those of you who were unfortunate enough not have attended, I'll give you a super brief lo-down ( I am supposed to be editing A Warlord's Lady today!)

We introduced attendees to a number of different mythical creatures from around the world. We discussed transcontinental lore, and looked at the similarities between undead and living mythological beasts from different continents. There are many more out there than most people realise.

My personal favourites were mosquito man, hailing from Native North American myth and the Draugr, from Norse. Though lets face it, the Asiman / Obayifu from Africa with his glowing anus is pretty cool, if not amusing.

We then spent some time looking at the rise of the cryptid and subsequently cryptozoology in modern culture, and looked at the cryptid's potential for use in paranormal / urban fantasy.

Finally, we talked about the need and importance of cultural sensitivity. Some cultures still hold myths and their beasts sacred, so it pays to be cautious when using a lesser known mythological creature in your writing...


I also created a video, backed up by some heart pumping Rob Zombie, Dragula. Which got every body in the mood :)

Anyway, I really must complete my edits, if A Warlord's Lady waits for no author to blog...


Have a great remainder of the week.
Posted by Nicola E. Sheridan at 8:02 PM No comments: 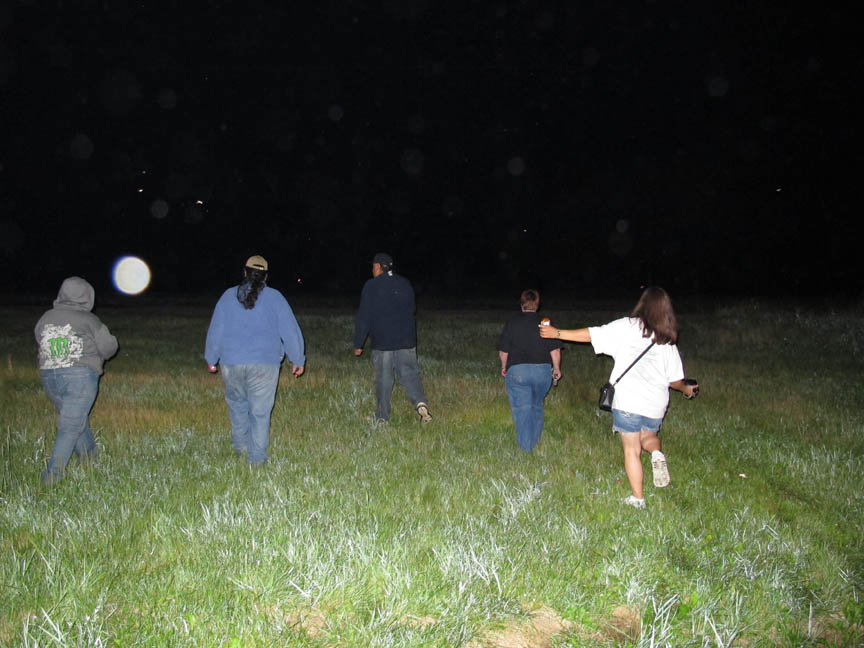 We have all heard about the paranormal phenomena of inexplicable balls of light, right? They are often known as light orbs or paranormal orbs.

As with most things, this phenomena has been witnessed all over the world with remarkable regularity, particularly since the invention of the camera, whereby many of the orbs have been captured on film.

Characterized as a body of light with no apparent source of illumination, light orbs appear to move of their own volition.

Naturally, science offers plenty of explanations as to what they may be. Explanations ranging from optical illusions, to luminescent dust, to fata morgana -  an unusual and complex form superior mirage that is seen in a narrow band right above the horizon.

However I am more interested in the myths that surround this unusual phenomena, so allow me to enlighten you to the mystical lights and mythological mayhem than surrounds them! In Australia this phenomena is referred to as Min Min lights, usually spotted around the East Coast of Australia, and have been depicted for centuries by native Aboriginal people (painting by Chernee Sutton). The Min Min are witnessed most often at night (occasionally in the day) and move with either a slow almost cautious manner or wildly, rapidly chasing cars. It is said that if a person chases and captures the Min Min, they will in fact disappear - to where, I can only imagine...

﻿ In both Hindu and Buddhist traditions the phenomena of light orbs, is called "Deva". The lights are considered to hail from the astral realm, and be the embodiment of a mystical being that has no other form visible to the human eye. Additionally, they have also been described as "open vortexes of cosmic consciousness" (Hobbs, 2008, Phantastic Fairies), or embodiments of the forces of nature, thus being responsible for the fires, rains etc.
Like the Australian Min Min, the Deva are capable of moving great distances at high speed. In this mythology it is also suggested that humans once had the same abilities as the Deva, but over time our desire to eat food corrupted our astral bodies and the powers eventually vanished.

In Thailand, the phenomena is known as the Naga Fireball,which are similar to the Deva and Min Min. The Naga Fireballs are seen up through Thailand as far as Laos, and sometimes called the Mekong Lights. These particular lights can number in their thousands and appear to rise from the river to a hundred or so metres in the air before disappearing. Local legend states they are caused by the enormous Naga that lives beneath the surface of the river.

In America, you will find a light orb called The Hornet Spook light. Most commonly described as a single orange ball of light, it generally travels east to west along a four mile section of road (locally known as the Devil's promenade) in Oklahoma. It is also known as the Tristate Spook light, and the Joplin Light.

The oldest myth about this light is that of a  Qwapaw Indian girl who fell in love with a young warrior. She was not allowed to marry him unfortunately as he did not have enough dowry for her. Thus the young couple eloped, and were chased. The two star crossed lovers leaped to their deaths above a river. Soon after the light appeared in the sky and was then attributed to the spirits of these star crossed lovers.

There is also a European version, known as the Will-o-the-wisp, a fairy light that guides the unsuspecting into trouble. This fairy light, was made popular in the recent children's movie "Brave" where the main character follows a Will-o-the-wisp, when she was needing assistance.

The Indian version of the myth is centered around the Bay of Bengal  and is called the Aleya or Marsh lights that hover over the water in that region.  These lights were believed by locals to be the ghost lights of drowned fishermen. It is said that these ghost lights can trick you, or aid you if you are in danger.

In South America the phenomena is refered to as the Boi-tata. The glowing red orbs are said to be the devilish eyes of a great serpent that will consume anyone who comes close...

Irrespective of their true origins, I find the myths that evolve from difficult to explain phenomena fascinating - especially the differences in mythical explanation from one country to another!


And on that note, have a lovely week!﻿