The awesomeness that is Crazyhead...

I know, I know. It happens to me all the time.

I've found a new series that I've fallen in love with, but this time its not because of the manspiration aspect, in fact it's rather the opposite.  Crazyhead is a paranormal, comedy, horror, chicktastic series with some of the most engaging and amusing female cast I've seen in a long time. 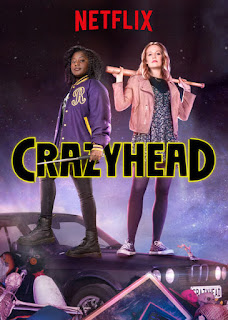 Susan Wokoma and Cara Theobald as Raquel and Amy, are hilarious together as the oddly matched demon hunting duo.

I've not laughed out loud watching a TV show in ages, and Susan Wokoma had me laughing regularly at their inappropriate banter and the general craziness they endure and propagate.

Basically the story is this; Amy stops taking her medication (presumably an anti-psychotic medication) that suppresses her ability to see demons. Since her early teens, doctors thought she was having disturbing hallucinations of people with fire inside them. In fact they're not hallucinations at all, but rather Amy has the rare ability to see demons. This is when she meets the brash, lonely Raquel whose social awkwardness and frank personality make it hard  for her to keep friends. Raquel is also a 'seer' who uses her unemployed time to go and hunt the demons she sees.

Together they discover a plot by the demons to bring Hell on Earth at Halloween, using Raquel as the bridge between both words. It may sound like a standard story arc, but it's far from standard.


Series One even involves exorcisms in which the excorcisor needs to urinate on the excorcisee. Really. It's not what you expect when you read the 'blurb'. Seriously it's worth watching for is scene alone. 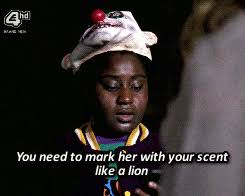 I really can't recommend Crazyhead enough. It's on Netflix and was produced in conjunction with UK's Channel Four.