A wee rant about e-book piracy....

A sad fact is, I bet if I tag this post 'free download e-book', it will get more traffic.

Did you know, within one day of being released A Warlord's Lady had already been posted on a pirate website?


There is no such thing as a free-download ebook for an author.
Unless done by a publisher for promotional reasons, not many authors simply give away their hard earned books.

Why?
Aren't e-books are cheap anyway? Surely the author isn't going to miss $3.99?


Ah, yeah... Trust me, most will.
Despite what most people think, your average authors do not earn huge amounts for their efforts (and writing a book does take a bit of effort!).  If you do hit it big that's great, but chances are you'll just get a a nice spike in your sales... for a while, (it could be hours, it could be days, weeks or years) but eventually you'll see your book ranking drop and begin to languish... and as it does your royalty statements dwindle to embarrassing I-can't-even-buy-a-coffee-with-this levels.

Over the years, particularly as a debut author back in 2011, I had utterly dismal royalty statements. I'm talking about less than $10 for a three months of sales. That's right. LESS THAN TEN BUCKS.

When you're earning only 25% or less of your retail amount... and you're trying to sell in a glutted market filled with selfpubbed, cheap and cheerful 99c reads... it can take a while to earn any decent amount... So believe me, any author worth his or her salt will miss their ebook sales when book pirates get their mits on their hard earned pdfs.

It's not just one person illegally downloading a book, because once that book is on a pirate site it can be downloaded hundreds....thousands... of times without the author or their publisher ever seeing a cent.
Over the years, I have sent countless 'Take Down' notices to pirate book websites who offer my books (and those of my colleagues) for free illegal download. It is demoralising and disappointing, because rest assured as one gets taken down, another will take its place. 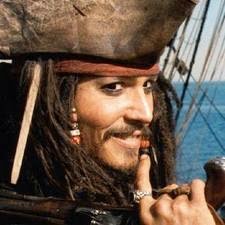 Book pirates are not...

Nobody wants to work for free... and despite writing being my personal passion, it is also my job.
As a direct result of low sales due to a glutted market and illegal downloading problems, I have markedly reduced time spent writing for Paranormal Romance. Frankly the time and effort that goes into creating these types novels isn't worth the (very) limited rewards.

So in a sense though this is a rant about illegal downloading of books, it's also an apology to those fans still waiting on my next release. It is coming, but coming slowly. Frustratingly, other more lucrative writing projects have had to take precedence over my Paranormal Romance.

So if you know of someone who does sneakily download those e-books, innocently thinking they're not doing any harm... please set them straight. The fiction market is glutted at the moment, more and more authors are releasing work, so it's increasingly hard to get noticed and bought.... combine this atmosphere with the increase in illegal e-book websites and you're sentencing budding authors, and established authors alike to career of mediocrity and disappointment.
Posted by Nicola E. Sheridan at 9:48 PM No comments: